Kevin Quinn has given everything he has to sport. Now the game he loves is giving back.

“It felt so good to me because I worked so hard at hockey for such a long time,” said Quinn. “It’s the one thing I wanted to do was have something from hockey to give something back to me. It’s given me the chance to get a really good education for four years.”

Quinn has been playing hockey since he was five years old.

He got into the game right around the time that The Mighty Ducks movie came out. He and a friend decided to give it a try.

His friend stopped playing after a year, but for Quinn, it turned into a passion.

“I really loved the sport and couldn’t get enough of it,” he said.

Some of the local teams he’s played for are the Portland Junior Hawks and Mountain View Mavericks.

Once he was eligible for junior hockey, he faced a difficult decision: continue playing hockey, or focus on football? He had been a starting linebacker at West Linn High School.

After choosing to stay on the ice, Quinn played primarily for the Seattle Totems in the Junior A League.

He attended Inglemoor High in Seattle for the first semester of his senior year and returned to West Linn High for his second semester to graduate with his friends.

Last year with the Totems was his best year yet, and Quinn enjoyed what he feared was his last year of organized hockey. Then, near the end of the season, it happened.

“If I didn’t get any offers I would have aged out and probably hung up the skates,” said Quinn. “It just so happened towards the end of the season that my coach came into the locker room and said ‘there’s a guy from New Hampshire who wants to talk to you about playing college hockey.’”

“I was thinking, ‘gee this is great,’” said Quinn’s father, Ron Quinn. “I knew he wanted to continue to play and we were wondering ‘how is he going to do this?’ For a lot of kids, when they finish juniors, it’s done... I’m excited. We all are.”

The team was successful enough to be invited to the Junior A National Tournament in Boston, a mere 40 miles south of the campus. Quinn checked it out and felt right at home.

“The campus is gorgeous. It’s a real woodsy area, it’s got an Oregon feel,” he said.

At six feet, 200 pounds, Quinn is an imposing figure on the ice. A quick look at the stat sheet tells you he’s played the enforcer role – he led the team in penalty minutes his final season.

“He’s a great kid, we love him dearly,” said the elder Quinn, “but when he goes out on the ice, he’s a different person. He’s not very nice.”

A deeper look at the numbers shows that he’s more than just a goon. He was also in the top five on the team in goals and assists his last year in Seattle.

The fact that FPU wants him to play hockey, rather than just beating people up, is one of the things that made their offer so enticing.

Quinn will be moving out to campus at the end of August and starts classes in the fall.

He couldn’t be happier about where his passion is taking him.

“I’m real lucky to be given this opportunity,” said Quinn. “It’s what I’ve always wanted. Dreams do come true.”

Quinn’s stats in two seasons with the Seattle Jr. Totems 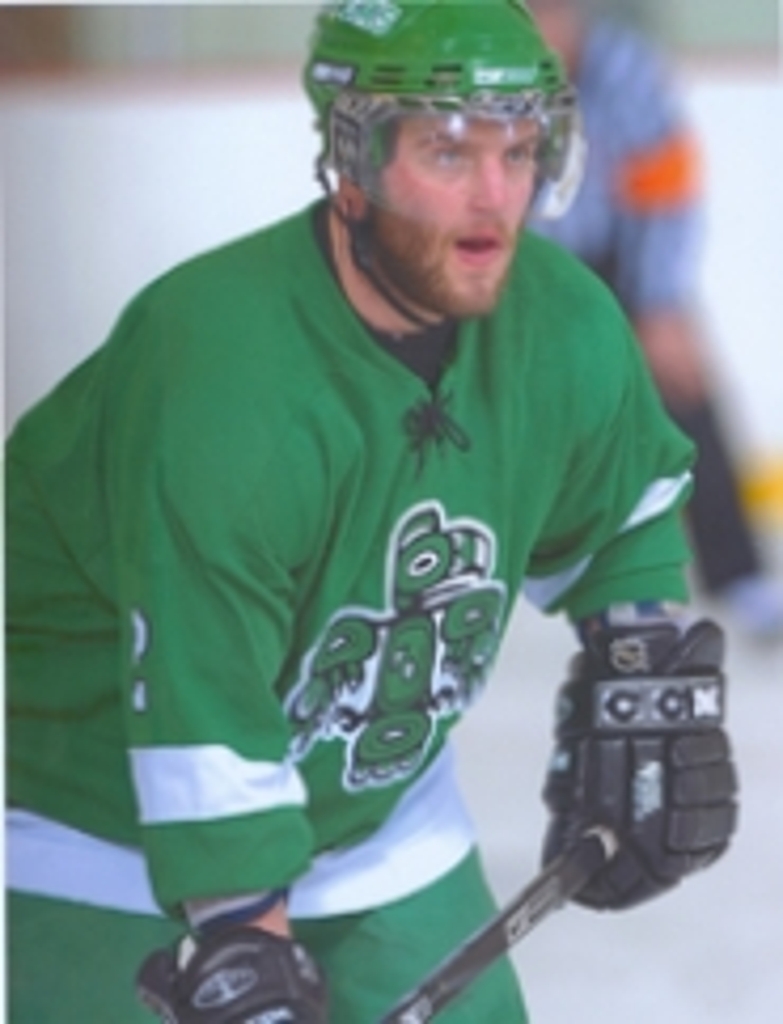